Why Thermal Analysis Should Be Considered in Early Design

Why Thermal Analysis Should Be Considered in Early Design

Every building will naturally feel cooler in the winter months, and warmer in the summer. However, extreme temperatures could become much more common here in the UK.

Climate change is expected to bring fewer but more substantial cold snaps during winter, and in the summer we’re already seeing signs of the Urban Heat Island Effect.

In major UK cities like London especially, the UHI effect is significant. UHI is generated by a combination of rising temperatures and increasing urban development, with London often recording temperatures 10 degrees higher than its surrounding rural suburbs. This is expected to only get worse over time, with estimates of a consistent 7 degrees temperature increase across London, Manchester, and Edinburgh by the 2080s.

This is problematic for two reasons. Firstly, for health and wellbeing. According to the Committee on Climate Change, mortality rates caused by overheating could reach 7000 per year by 2050; a 5000 increase from 2015. And secondly, for energy usage.

More energy will be consumed to maintain stable, comfortable, and safe indoor temperatures in the future. And with heating, ventilation, and air conditioning already accounting for 35% of all energy consumption in buildings (for comparison, appliances account for 18%, and lighting for just 11%), we can’t afford to be moving backwards.

1. To reduce the potential for internal overheating
2. To reduce reliance on energy-guzzling air conditioning systems

To achieve these objectives, it’s clear that we need to both minimise internal heat generation through energy efficient design and manage the heat within the building.

These things can be achieved more easily and efficiently when they’re rooted into a building’s core design, rather than being an afterthought. Why? Because even though a significant part of managing heat risk is down to occupant behaviours, many aspects of building design can inadvertently lead to increases in overheating risk like glazing.

At the same time, there are also many opportunities for the incorporation of low energy measures at the initial design stage to mitigate such risks, including building layout and orientation, and solar shading. These are not things that can easily be adapted later.

By conducting thermal analysis during the design stage, it’s possible to build energy efficient heat management into the foundation of buildings, helping to create healthy and comfortable indoor environments without the use of energy intensive equipment.

What is Thermal Analysis?
Thermal analysis is a way for designers to assess the risk of overheating using information modelling, and use these analyses to shape the thermal properties of a new building.

The Chartered Institute of Building Services Engineers (CIBSE) has developed the TM59 Design Methodology for the Assessment of Overheating Risk which can help with this. The methodology is based on the TM49 Design Summer Years for London resource which documents historical weather data which enables designers to consider potential weather conditions and design for optimal thermal comfort in all conditions.

Thermal analysis processes will often involve the exploration of factors such as heat gain intensity, regular and maximum occupancy, building orientation, interior layout, shading, and ventilation to highlight thermal strengths as well as any vulnerabilities.

By carrying out thermal analysis early in a project, designers can make smart data driven decisions to ensure optimal temperatures can be maintained using green infrastructure, minimising the use of air conditioning systems and heating appliances.

Please email us or call Us 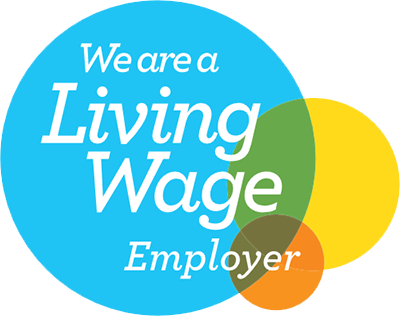